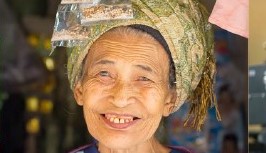 Lead research institution:  European Observatory for Health Systems and Policies in cooperation with WHO Regional Office for the Western Pacific (WHO/WPRO)

Population ageing is occuring globally as a result of rising life expectancies coupled with lower fertility and mortality rates.

Population ageing presents economic, public finance and societal challenges. Decision-makers are concerned that population ageing will result in slower economic growth due to reductions in the working age population, and increases in the demands for health and social care, thereby placing fiscal pressure on health and social care systems and on families through carergiving demands. Some of the predicted consequences of population ageing are based on the assumption that, as people grow older, their health and productivity will inevitably decline. However, people have diverse health and functional abilities. In addition, governments have many policy tools to prevent adverse outcomes.

Two sets of six country reports cover a diverse mix of countries in the Western Pacific Region. The reports explore how promoting health of older people of working age can benefit the economy. The reports also explore how changes in the age structure of the population will affect future health expenditure patterns.

Simulations predicted that improvements in health among people of working age could lead to increases in the growth of GDP. These results were observed for simulations carried out in several different country contexts.Taken together, the reports indicate that there are many opportunities for people to age in good health and that healthy ageing can contribute to the economy.

How will population ageing affect health expenditure trends in Australia and what are the implications if people age in good health? The economics of healthy and active ageing series: new evidence for the Western Pacific Region. Copenhagen: World Health Organization, 2020.