An integral part of WHO headquarters, the Centre for Health Development (Kobe):

Promoting new approaches, systems, products and technologies that accelerate access to needed care and services for older population in the context of universal health coverage

Improving the knowledge and understanding of the impact of ageing on health system transformation, management, and its effect on the progressive realization of Universal Health Coverage

How can countries strengthen health systems to improve health in older populations?

Around the world, rapid population ageing has challenged the ability of most countries to shift their health care systems towards delivering appropriate people-centred, quality services without incurring financial hardship for older persons and their families.

The WHO Kobe Centre (WKC) supported two studies in Thailand and the Philippines to shed light on strengthening health systems to better respond to the needs of older persons.

In Thailand, Asia’s fourth fastest ageing population, a novel service model of community-integrated intermediary care for older adults was evaluated. The findings show that participants were less frail and caregivers’ burden was significantly lower as a result of the community-based care model. These findings can strengthen care appropriate for older people especially in places where long-term care relies heavily on family caregivers. Findings could assist other countries wishing to adopt similar service delivery models. Click here to read more.

Human resources are an integral part of the service delivery. Interprofessional education among healthcare professions can build a workforce that can deliver services responsive to the complex needs of ageing populations. In the Philippines, a new training programme was evaluated to enhance interprofessional collaboration for hospital and community health workers which was found to improve attitudes and coordination of integrated care of older adults.

These results have important implications for improving quality of services for older persons. Workforce development may help integrate social and health care services to ensure universal health coverage (UHC) and strengthen the capacity of health systems to provide quality services to rapidly ageing populations. The findings are expected to be adapted for use in Viet Nam and other low- and middle-income countries. Find more about this project here.

The WHO Kobe Centre (WKC), a global centre of excellence for UHC, commissions research to address health systems responses to rapid population ageing, guides research priorities in countries, and helps countries to plan for sustainable UHC. 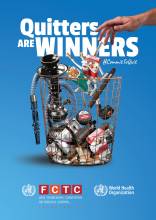 World No Tobacco Day 2021 Message of Dr Sarah Barber, Director of the WHO Centre for Health Development (WHO Kobe Centre)

World No Tobacco Day is celebrated on 31 May each year when WHO and its partners raise awareness about the deadly harms of tobacco use and exposure to second-hand smoke which kills 8 million people a year. This year’s theme Commit to Quit challenges smokers of any tobacco product to quit smoking, including e-cigarettes, heated tobacco products and smokeless tobacco. Switching is not quitting.

All forms of tobacco are deadly. The nicotine in smokeless tobacco is more easily absorbed than smoking cigarettes, making it more addictive. Heated tobacco products expose users to toxic emissions which can cause cancer. Nicotine in e-cigarettes is highly addictive, and non-smokers and bystanders are exposed to dangerous second-hand smoke.

We commend the local government for taking steps against passive smoking. As early as 2012, Hyogo Prefecture enacted the ‘Ordinance on the Prevention of Passive Smoking’, only the second of its kind in Japan. In April 2020, amendments to the ordinance came into full effect, specifically to protect those under 20 years old and pregnant women from passive smoking. In line with WHO’s recommendations, the amended ordinance treats heated tobacco the same way as cigarette tobacco, and prohibits smoking on the premises of all schools and medical institutions.

Evidence has shown that smokers are more likely to develop severe disease with COVID-19 compared to non-smokers. Tobacco is a major risk factor for noncommunicable diseases such as cardiovascular disease, respiratory disease and diabetes. People with these conditions are more vulnerable to severe COVID-19.

The pandemic has motivated millions of people to want to quit. Quitting tobacco is challenging, especially with the stresses that COVID-19 has brought. Yet it is never too late to quit, and the benefits are almost immediate: after just 20 minutes of quitting smoking, one’s heart rate drops; in 2-12 weeks, circulation improves and lung function increases. People who quit smoking after a heart attack cut their chances of another heart attack by 50%.

Many people do not have the tools to help them quit. WHO’s Commit to Quit campaign with partners and countries will help to

WHO calls on governments to ensure their citizens have access to advice; toll-free quit lines; mobile and digital cessation services; and nicotine replacement therapies and other tools proven to help people quit. Strong cessation services improve health, save lives and save money. Commit to quit today! 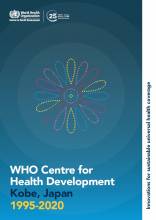 The WHO Centre for Development (WHO Kobe Centre – WKC) has produced a brochure which chronicles its 25-year history.

“This snapshot of WKC’s work over the years describes highlights and events of the Centre’s contributions towards health development globally, and locally in Kobe, Japan where we are hosted,” said Dr Sarah Louise Barber, Director of the Centre.

“None of our work would have been possible without the generous and sustained support of the Kobe Group (Hyogo Prefecture, Kobe City, Kobe Chamber of Commerce and Industry, and Kobe Steel, Ltd) and the community. We look forward to fulfilling our global mandate and the needs of the people of Hyogo and Kobe in the coming years,” she said.

Developing health workforce capacities to responding to health emergencies is a critical to effective disaster risk management. However, this is an emerging field.

WKC supports research for stronger disaster response and more resilient health systems. In 2018 and 2019, the Centre  convened expert meetings to identify gaps in research and knowledge, and promote evidence based recommendations in Health Emergency and Disaster Risk Management (Health EDRM).

Coinciding with World Health Worker Week (5-9 April 2021) and aligned with WHO’s Year of Health and Care Workers, WKC is publishing the first in a series of papers to gather evidence-based recommendations for strengthening the health emergency workforce. Laying the groundwork for future studies, this paper identifies research gaps and explores core competencies for Health-EDRM workforce training. This evidence will inform recommendations and best practices to guide policy and practice across WHO regions.

“This is the first step in synthesizing knowledge to address the need for evidence-based recommendations,” said WKC’s technical officer, Dr Ryoma Kayano.

“The consensus study and recommendations from this new body of work will be useful for low-and-middle income countries often affected by disasters for developing their emergency health workforce. In fact, all countries will benefit since COVID-19 has highlighted challenges in health workforce capacities everywhere.” 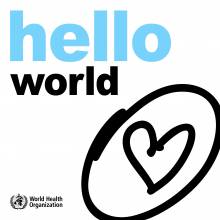 This year on World Health Day, 7 April, WHO is launching a campaign to build a fairer, healthier world. This is one of the founding principles of Universal Health Coverage (UHC): ensuring that people have access to quality services that they need without financial hardship. Identifying health inequalities and what drives them is essential in promoting coverage and financial protection.

WKC is supporting research globally to identify factors that affect equitable access to health and social care service coverage for older people. This information will help build systems to monitor access and use of health services and help national authorities to take appropriate action to address the inequities among older populations.

WHO is calling on policy-makers to collect and use timely and reliable health data, broken down by gender, age, income, education, migratory status, disability, and geographic location. This gives meaningful information to decision-makers to assess inequities across population groups and take policy actions to reduce these inequalities.

COVID-19 has highlighted how our world is unequal, with some people able to live healthier lives and have better access to health services than others, simply because of where they are born, grow, live, work and age. WHO is committed to ensuring that everyone, everywhere, can realize the right to good health.

To research and foster innovative solutions and translate them into policies and actions to achieve sustainable universal health coverage.

Accelerating progress towards Universal Health Coverage by 2030 will require strong evidence about systems innovations and sharing of lessons learned across countries. The WHO Centre for Health Development (WHO Kobe Centre – WKC) supports generating new research, building the evidence base, and increasing capacity to advance sustainable universal health coverage. Located in Kobe, Japan, the Centre has a unique role in bringing together initiatives from local to global level.

The WKC has three main themes of research. Discover more about the specific programs under each theme. 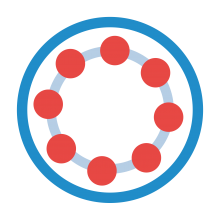 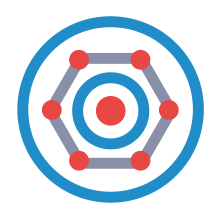 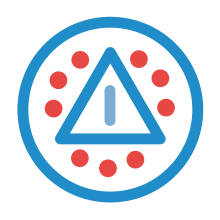 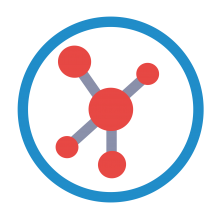