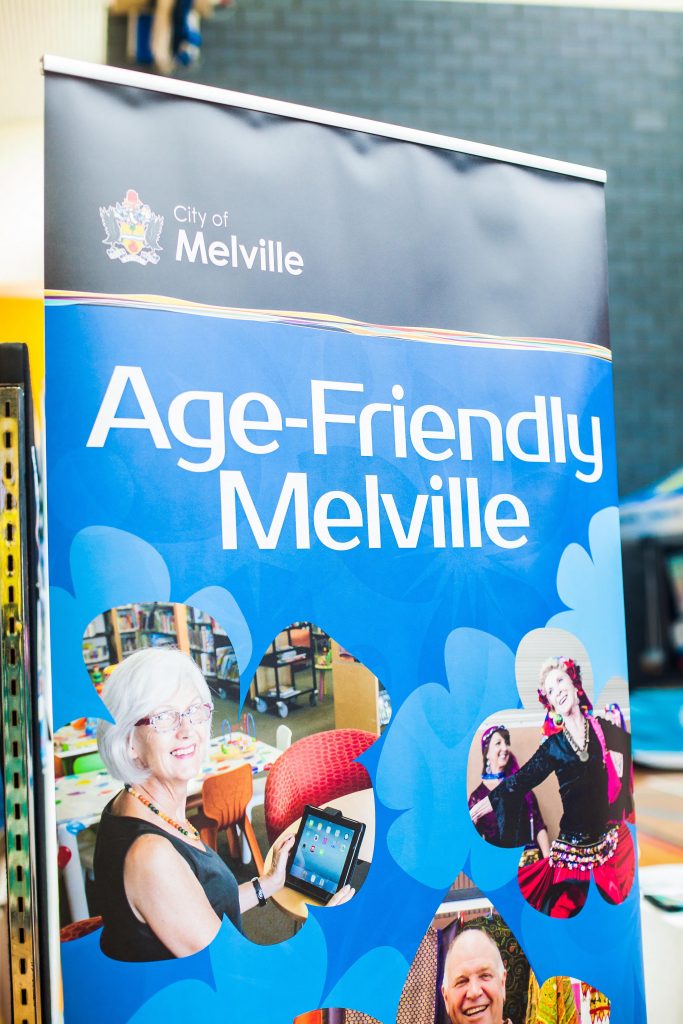 Melville was one of the original pilot cities in the WHO 2007 age-friendly cities project. The City partnered with the State Government of Western Australia (WA) and gained its support to conduct research, in consultation with older residents, carers, businesses and service providers, which led to an initial plan, Directions from Seniors 2007-2009. Melville was formally recognised as a member of the WHO Global Network for Age-Friendly Cities and Communities in 2010.

The plan has been reviewed four times since 2007, with the most recent iteration completed in the 2017: Age-Friendly Melville Plan 2017-2021 (1). The City has continued to work closely with the State Government of WA during this time and as a result there are now 75 other local governments in WA working towards becoming more age-friendly.

● housing, including the need for increased choice and information on housing for older people, support for ‘ageing in place’ initiatives, and innovative housing solutions for the over 55s;
● transport, including maintenance and improvement of infrastructure for pedestrians, and identifying the specific transport gaps and requirements of older people;
● social participation, respect and inclusion, including working to combat social isolation, support for older people from culturally and linguistically diverse backgrounds to participate in the community, initiatives to enable older people with dementia and their carers to live well, and information about bereavement, death and dying.

Among other target groups for age-friendly initiatives are older residents with disabilities, families and carers of older people, older people from diverse sexualities and genders, providers of aged care services, and local businesses that offer services and products to older people.

Residents’ feedback is gathered throughout the year and responded to through actions determined by Melville’s community reference group, which comprises older people, carers and businesses that provide products and services to older people. All of the city’s age-friendly projects are implemented in partnership with at least one other stakeholder. 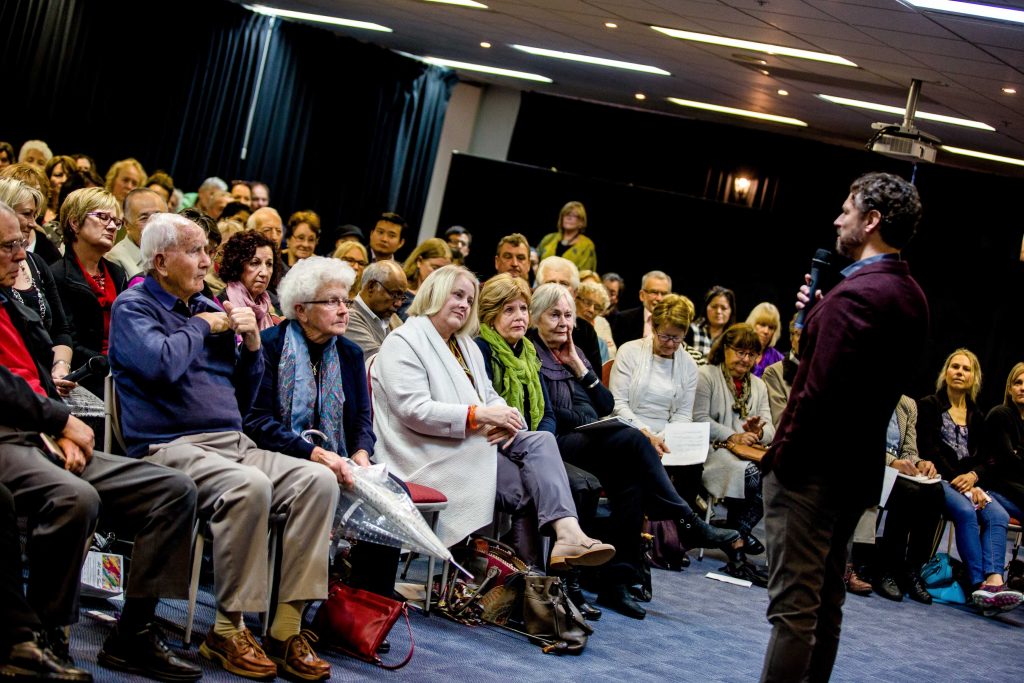 Melville is situated 8km from Perth, the capital of WA, and has a population of 102,252. It is a multicultural city, with the second highest proportion of older people with culturally and linguistically diverse backgrounds compared to other local government areas in WA. Overall, older people aged 65 and over represent 18.6% of the population, with projections that this will increase to 20.5% by 2031. Just over 24% of older people aged 60 and over are from culturally and linguistically diverse backgrounds (1). Melville has the second highest percentage of people living with dementia in WA; in 2010 there were 1,442 individuals and this is projected to increase to 4,814 by 2050 (2).

Now into its fourth iteration, Melville’s age-friendly programme has established itself as sustainable. Among its strengths are that the age-friendly approach is embedded within the City’s highest level strategic Community Plan and Corporate Plan to ensure it is implemented, monitored and reviewed. Melville encourages innovation and partnership for new age-friendly projects and there is a high level of collaboration with different types of organisations. The strategy also includes the implementation of a stakeholder engagement plan that outlines transparent consultation with older population and ensures the inclusion of the voices of different groups of older people in the age-friendly process.

A key plank of the age-friendly approach is the mainstreaming of culturally appropriate services to expand their capacity and range to older culturally and linguistically diverse residents. Aboriginal Australians are also engaged through age-friendly planning and the Reconciliation Action Plan; the community’s Elders desired acknowledgement of their ‘stolen generations’ and an art piece was commissioned. 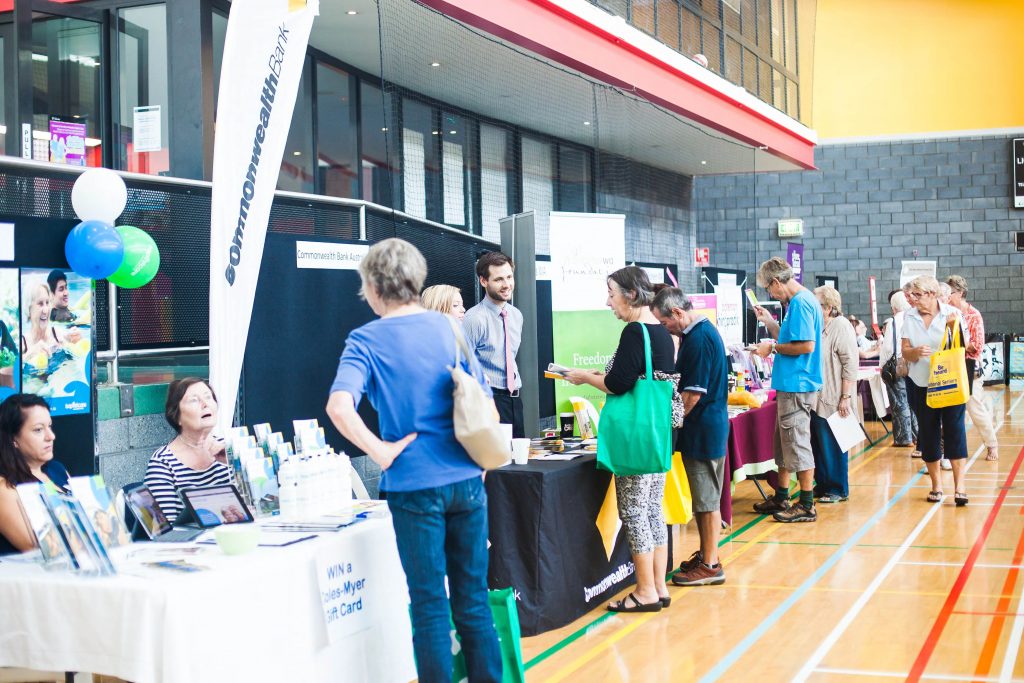 A number of initiatives have been introduced since 2007 to address the city’s age-friendly priorities.

A key achievement since joining the Network has been collaboration and partnership work with the State Government of WA. Melville has shared information, supported and collaborated with many other WA local governments on a range of age-friendly projects including: developing connections with local businesses to improve age-friendly services; improving transport outcomes for older people; working together with universities and researchers to improve outcomes for older people and broaden the understanding of age-friendly cities; and an annual Healthy Ageing Expo that attracts older people and stakeholders from across three local government areas. 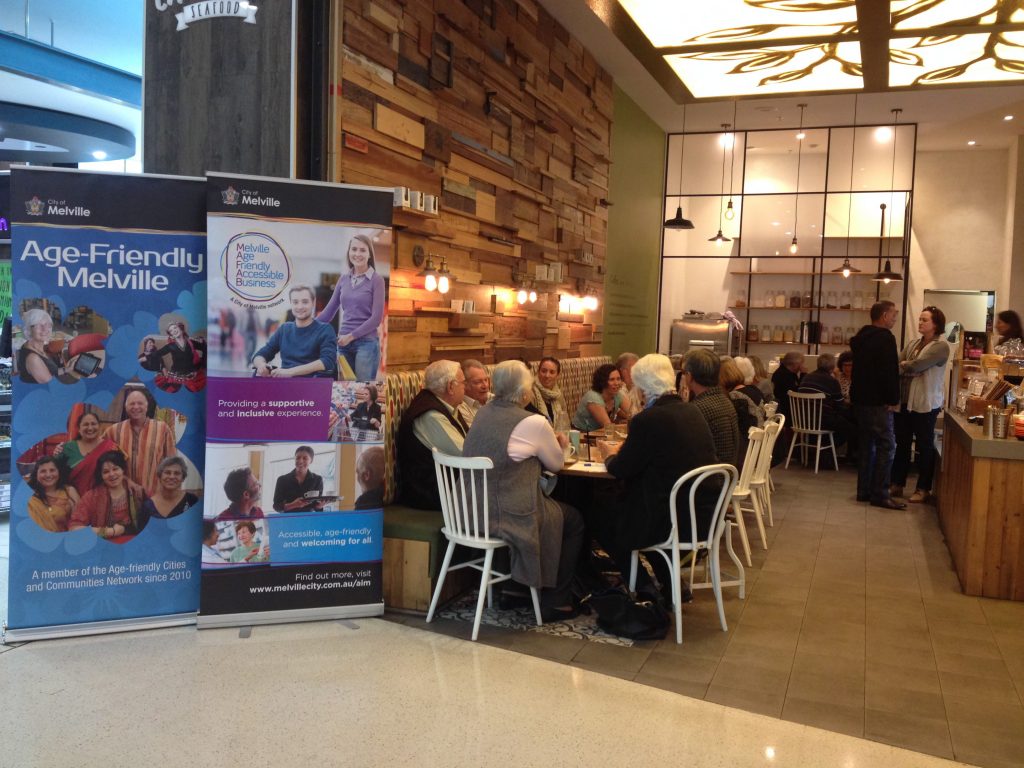 Within Melville itself, there is a partnership with the City’s biggest regional shopping centre, AMP Garden City, to support their commitment to be an age-friendly shopping centre and the establishment of Melville Age-Friendly Business Network (MAFAB). The collaboration with the shopping centre management and retailers, plus the implementation of MAFAB, has resulted in Garden City incorporating age-friendly and dementia-friendly principles into the design and construction of a major re-development set to double the floor space of the shopping centre over the next two to three years. This is an exemplary example of a shopping centre’s commitment to being age-friendly. Resources have been designed by MAFAB and City of Melville officers with tips for local businesses to enable them to be more accessible and age friendly. These include a booklet, a video, one-to-one training opportunities, and a private online chat space for members to share ideas and challenges (3).

An example of the impact of the involvement of older people has been the Garden City Memory Café. Inspired by a couple living within the City of Melville, the Café was established to provide a safe and supportive space for people living with dementia and their carers, where they could meet and socialise. The Café is a partnership between the City of Melville, Garden City shopping centre and Alzheimer’s WA. The City’s commitment to being dementia-friendly has also seen dementia education to businesses, a living well with dementia webpage, and Museum and Art tours

Intergenerational work has been identified as an area for future attention in age-friendly work (4). There has already been a partnership between a telecommunications business and a local high school that paired students with older people in the community to teach them how to use smart phone technology.  A second similar project saw a different local high school also team up with older people to teach digital literacy skills. More than 600 older people have participated in these programmes. 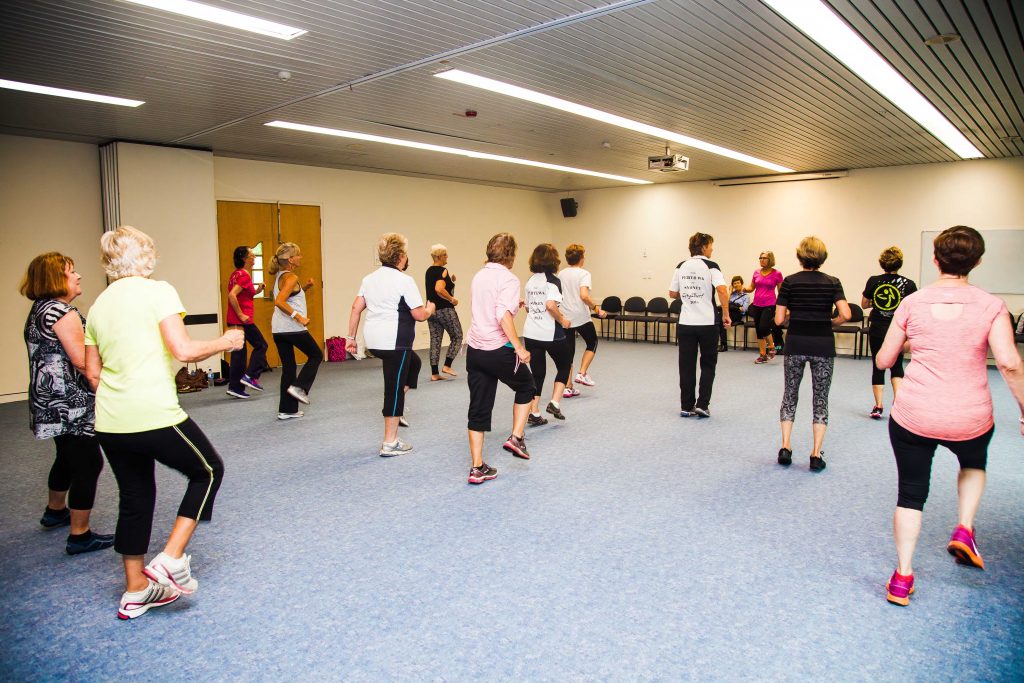 Challenges remain in terms of taking age-friendliness to the next level in Melville. There are, for example, limitations when influencing private development to be more age-friendly and accessible. The city has an effective mechanism through the work of the Access Advisory Panel that reviews, comments and makes recommendations for improvements on development designs and plans. However, private developers are not obliged to implement recommendations.

Staff capacity to implement age-friendly initiatives means there needs to be a stringent process to identify priority areas on which to focus within the allocated staff resource. Similarly, budgets impose limitations on how much can be spent on making age-friendly and accessible improvements to infrastructure.

In this context, a number of priorities have been identified for the further development of the age-friendly programme. For example, it is important to apply the age-friendly lens across the City organisation to understand what is already happening and where there are potential opportunities. The various levels ofGovernmentneed to be committed at a policy level which then supports the work at the muncipality/local government level, where the age-friendly plan should be embedded and endorsed by the elected council.

Acknowledgments: This case study was written in partnership with a team from the University of Manchester led by Tine Buffel and consisting of Tine Buffel, Natalie Cotterell, Chris Phillipson, and Samuèle Rémillard-Boilard; in collaboration with Christine Young of Melville.