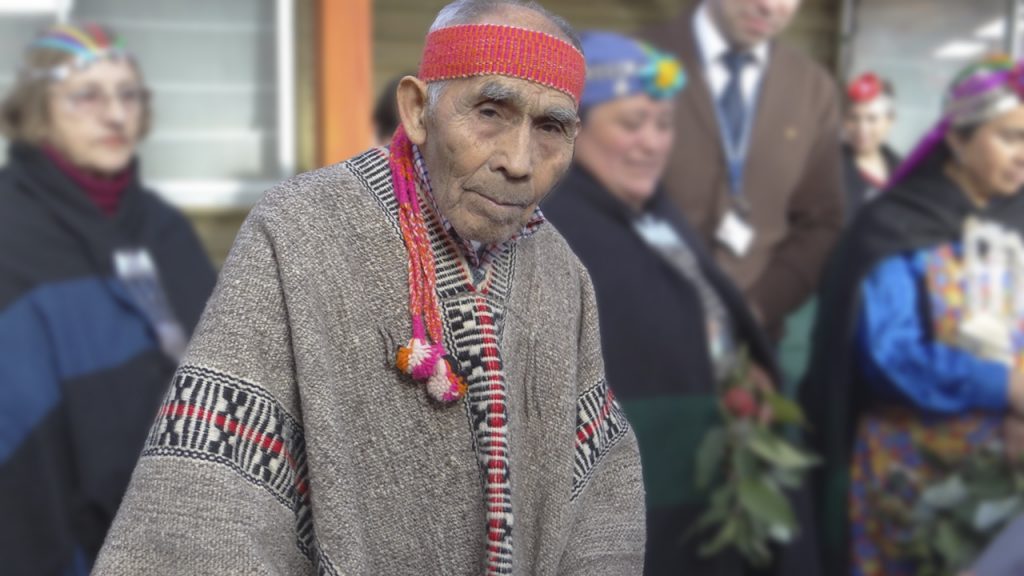 Loncoche, a small city in Chile’s Cautín Province, joined the WHO Global Network for Age-Friendly Cities and Communities in June 2016. A wide range of stakeholders are collaboratively involved in the city’s age-friendly programme with the shared aim of changing the traditional, often negative, views of older age.

A number of government departments and offices have been involved, including those for education, health services, planning, social development, tourism, economic development, the environment, administration and finance, and sport. In the area of security the police have improved the situation for older people by monitoring neighbourhoods with a high risk of burglary. Across society as a whole, a large number of different organisations are also playing a part in the age-friendly movement. For example, the Older Adults County Union and older adult clubs manage the Age-friendly Cities for Older Adults Programme. Incentivized by a recognition program from the mayor and local government, businesses have also worked to improve respect and good treatment of older people, and improve accessibility to their goods and services, for example by improving signage with large letters and placing products in accessible places. The Neighbourhood Councils Union allocates funds and logistic resources to the programme. The Red Cross promotes self-care among the older population, the Lions Club of Loncoche helps older adults with low incomes, and the Socio-Sanitary Network for Older Adults improve socio-sanitary centres for older people. Additionally, the Catholic University of Temuco and various privately-owned educational institutions support the programme.

● to improve the treatment of older people in both private and state-owned services by changing the perceptions of older age;
● to promote the participation of older people, for example by improving access to public buildings;
● to raise awareness of the available activities for older people, including by promoting services that are designed specifically for older people and developing a messaging system that reminds older people about any booked medical appointments and meetings that they have.

In the two years since joining the Global Network, a larger part of the population has become aware of the role that residents over 60 years old should have in society. In schools, positive ageing is discussed and young people participate in activities for older people. Loncoche has been recognized in the national context for its experiences relating to ageing and in this context hosted a visit by Chile’s First Lady in April 2018.

Loncoche is situated 84km south of the regional capital Temuco. Its ethnically diverse population reached 23,612 in 2017 and included 120 indigenous communities. There are a significant proportion of Amerindian inhabitants and 32% of the population are from a Mapuche background. The high level of diversity (particularly ethnic diversity) within the population of Loncoche means that age-friendly programmes must cater for different needs. More than 20% of the population is aged 60 and over, and 14% of the population is 65 and over. Projections suggest this will rise to 30% by 2050. Currently around 40% of Loncoche’s older population live in rural areas.

The ageing population and the migration of younger people to larger cities for education and employment present an economic challenge for the city. Loncoche’s economic activities used to focus mainly on agriculture, but this has given way to forestry and forest industry. Deprivation levels are high and more than 41% of the population live in poverty. Economic hardship is particularly severe for older people, of whom 62.5% live in poverty compared to 16% and 8.9% at the regional and national levels respectively. Due to the growing number of older people and lack of medical expertise, health services cannot cope with the high demand for medical appointments, resulting in increased waiting times as patients must be referred to services in other counties.

One of the challenges to date has been the need to manage expectations and counter the misunderstanding that joining the WHO Global Network meant that an international standard of age-friendliness is already being met by Loncoche. The training initiatives and work carried out with the Mayor have focused on a ‘step by step’ approach to manage and communicate that this is still a process of improvement, and to get the population involved in the process. Among the factors seen as crucial to success is that the programme should not be determined by the Mayor or local authorities, but should be collectively decided by the community, with the County Council and civic society as a whole being involved. It is also important that society perceives that the work will benefit not only older people but the whole community: for example, having more public lighting, better pathways, and safer pedestrian areas is beneficial to all regardless of age or background. 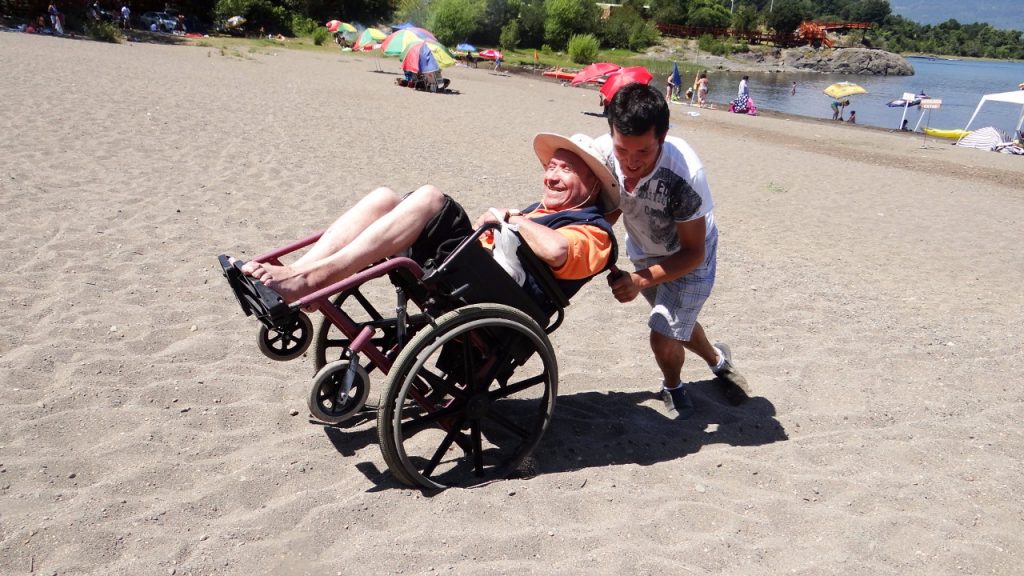 Despite limited resources, a number of initiatives have been implemented or planned since 2016. An Integrated Centre for Older People has been opened in the city, providing a space to take coffee, use the washroom facilities, browse the internet, and take shelter or just rest, all for free. This project arose because the bus service that brings older people into the city from rural areas runs only one round trip a day. The new centre means that after doing their shopping there is somewhere for older people to go that offers social and civil activities while they wait for the bus home. The centre is run by the County Older Adults Union.

Among the initiatives specifically aimed at rural areas are plans to incorporate LED lighting and protection from the winter rain at transportation stops where older people live. Another project proposes to improve neighbourhood roads to upgrade access to the fields. 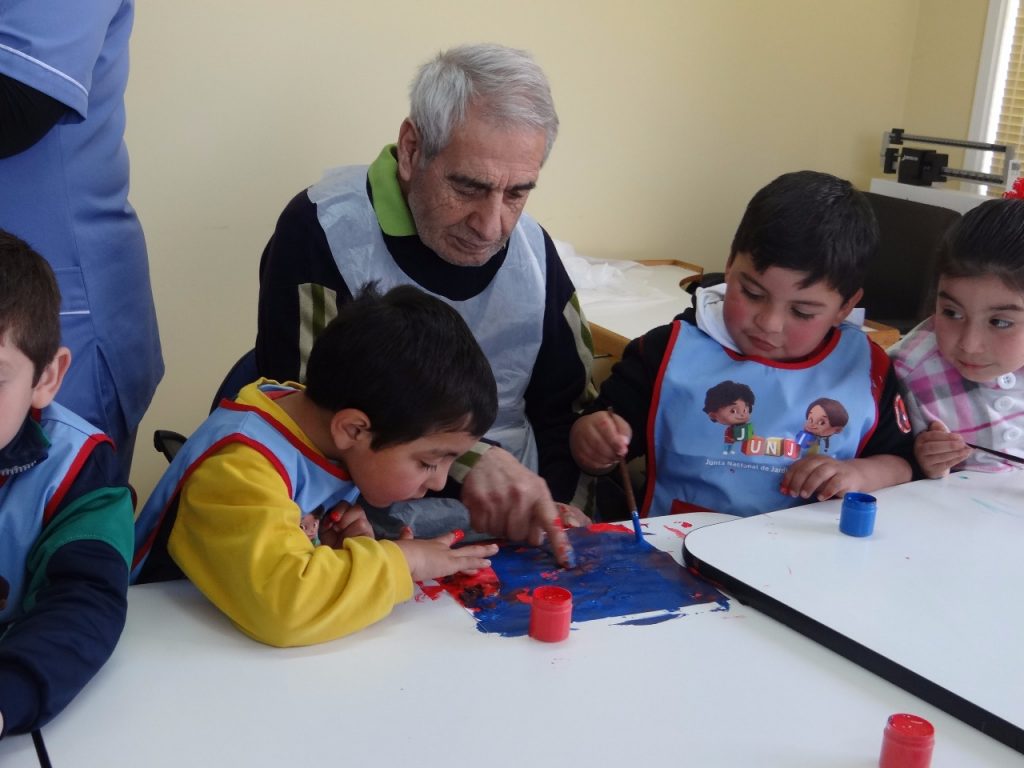 A local educational plan was launched to foster intergenerational exchanges between students and older adults with the aim of tackling negative stereotypes of older people among the younger generations.In 2018 this project was formalized by inclusion in the Municipal Education Annual Plan, which meant educational resources could be used. One activity is where members of the older generation share their experience and knowledge of agriculture, explaining the practical aspects of planting and caring for crops, while the teacher focuses on teaching the science, for example photosynthesis and plant growth. These experiences help teach younger people what older people can contribute to society, and draw on the positives of having an older population. Another example is a reading workshop for older people in residential care; school students go once a month to Loncoche’s ELEAM (long-term care facility for older people) to read to the 30 residents who have varying levels of physical and cognitive impairment.

The age-friendly programme aims to deliver the same opportunities for development and positive ageing to older people at all socio-economic levels. Work with the Socio-Health Care Network for older people, specifically with the Day Centre programme, has created benefits for individuals such as retired teachers and technicians who often receive a very low pension but are excluded from government programmes that promote positive ageing. The subsidized Day Centre has created a ‘social crossroads’ for older people, with strong results in terms of social cohesion and participation in the community social rehabilitation programmes.

A number of challenges still remain, for instance many older people in rural areas are too far away from the city to participate in the activities there. Some projects also require more substantial investments in order to achieve their aims. Nevertheless, it is hoped that in the future Loncoche will become a national centre for developing policies relating to older people. Developing the intercultural and intergenerational exchange policies further is a priority.

Two specific projects are already planned to come into force by early 2019. They are a 50% subsidy for older people using public transportation and the construction of pedestrian-friendly roads with more public lighting, traffic lights, repaired pathways and rest zones.

An overall evaluation of the age-friendly programme is now planned by the end of 2020 to establish what progress has been made since 2016 on the commitments to improve the quality of life and welfare of the older population.

Acknowledgments: This case study was written in partnership with a team from the University of Manchester led by Tine Buffel and consisting of Tine Buffel, Natalie Cotterell, Chris Phillipson, and Samuèle Rémillard-Boilard; in collaboration with Cristian Turra Pino of Loncoche, and Cristina Alonso of PAHO.