Case Study: The Age-friendly Programme in the City of Manchester 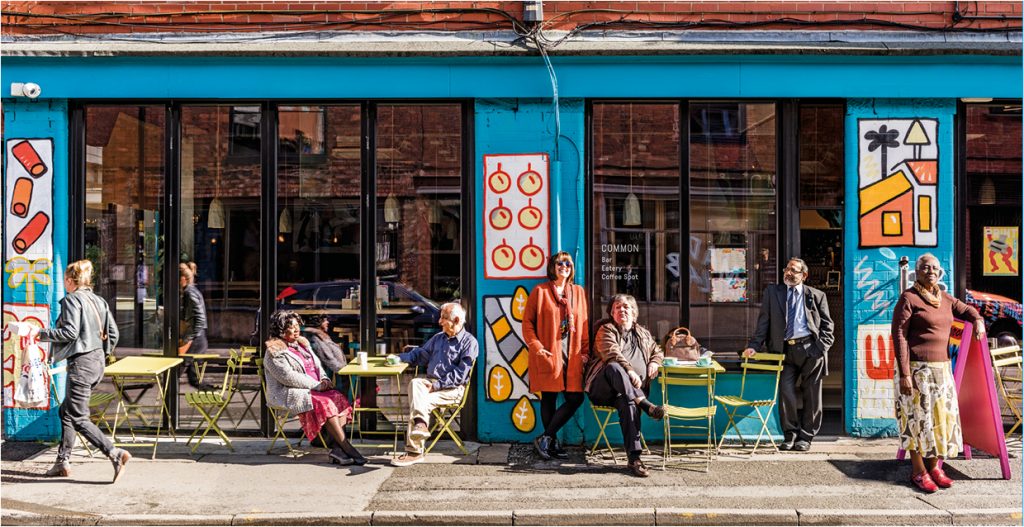 © Manchester, United Kingdom - To promote a more positive image of ageing, Manchester used a vibrant, diverse photograph of older people as the front cover of its ageing strategy.

Manchester’s city’s age-friendly programme was established in 2003 under the name Valuing Older People, with responsibility for planning and delivering the city’s policy of improving the quality of life of older residents. In 2010, Manchester joined the WHO Global Network of Age-friendly Cities and Communities (GNAFCC) and in recognition changed the name of the programme to Age-Friendly Manchester. Its 10-year strategy, Manchester: A Great Place to Grow Older (2010-2020), set out a vision for an age-friendly city, and this policy was updated in 2017 with the publication of Manchester: A Great Place to Grow Older 2017-2021 (1). The key aims of the refreshed strategy are to:

To achieve these goals, Age-Friendly Manchester is working to create “places where people can age well in the neighbourhoods of their choice, with access to the right services, housing, information and opportunities - social, cultural or economic” (1, p9). It is aiming for Manchester to be a city where “services are age-aware, value and retain their older workforces [and] deliver age-friendly services’ and where “commissioning includes age-friendliness in its specification” (1, p9). In order to reduce ageism and address the negative image and portrayal of ageing, it will work “to change the narrative to one that celebrates the valuable role and contribution of older people through positive images of ageing” (1, p9).

The wide-ranging programme seeks to address the needs of different groups. For example, Manchester is developing the UK’s first lesbian, gay, bisexual, transgender-majority (LGBT) extra care specialist housing scheme, is working to address levels of unemployment in the older working age population, and is aiming to improve older people’s access to culture through its cultural programme. 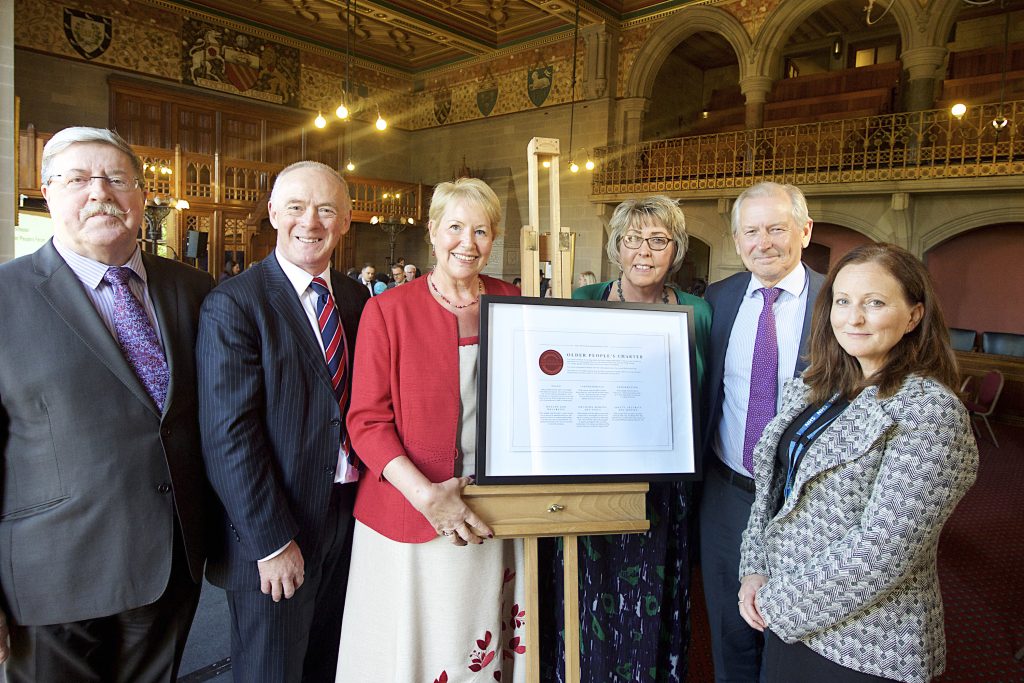 The city of Manchester is situated in the North West of England and forms part of the Greater Manchester city-region. With a total population of 541,300 (2016 figure), the area covered by Manchester City Council is the most populous of the ten Greater Manchester local authorities (2). The proportion of residents aged 65 and over has tended to decrease from 2001 to 2011 in Manchester, partly due to an increase in the working age population (3). However, this decline seems to have stabilised since 2011, with baby boomers reaching the 65-69 year old age group (3). In 2016, people aged 65 and over represented 9.29% of Manchester’s population and this is expected to increase to 12.5% in 2041 (2).

Manchester faces important challenges related to poverty, social exclusion and life expectancy (4) and tackling inequalities is a core theme of the age-friendly programme. The city has experienced considerable economic and population growth in recent years but not all sections of the population have benefited equally (5). Manchester is also a very diverse and multicultural city. In 2011 around a quarter of the population was born outside of the UK and migration is a major driver of population change for the city (6). Addressing the needs of different groups has been suggested as an important issue as the age-friendly programme develops. 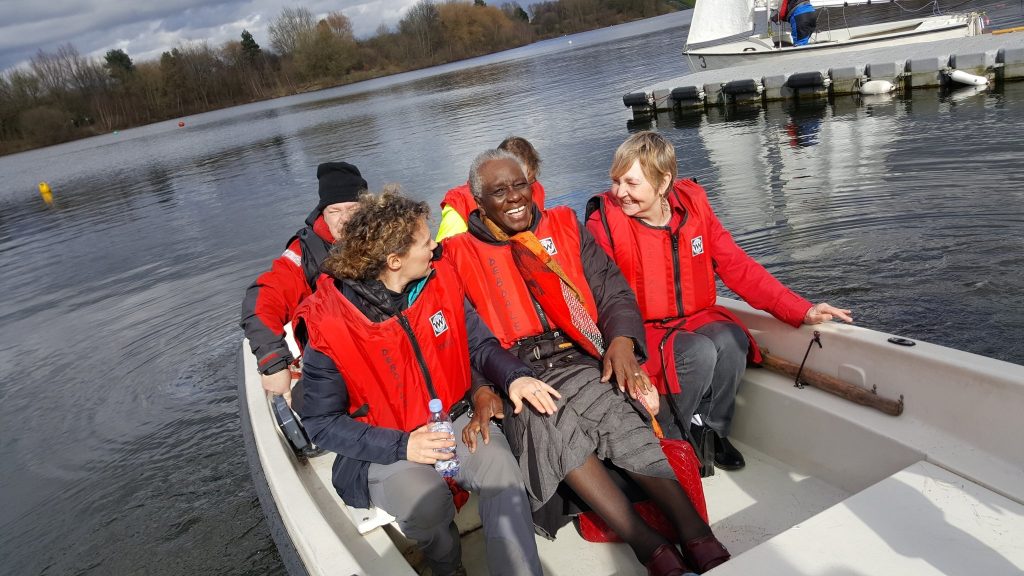 Manchester has established a number of programmes and initiatives in recent years.

TheAge-Friendly Manchester Culture Programme brings together 19 cultural organisations (such as museums, orchestras, theatres, participatory arts organisations) from across the city, with the aim of increasing access to arts and culture for older people. One of this initiative’s flagship projects is the Culture Champions scheme whereby more than 150 older volunteers are currently acting as cultural ambassadors across the city. These volunteers “advocate, lead and programme activities for their peers. They participate, promote and advocate, advise arts organisations, plan and organise their own events, takeovers and festivals” (7).

Older people are invited to play an active role in Manchester’s age-friendly programme and take part in a consultation mechanism called the Age-Friendly Older People’s Board, established in 2004 as a platform comprising up to 15 members from different backgrounds, neighbourhoods and organisations. In 2015, the Board led and developed the Manchester Older People’s Charter, which describes what is required for a city to be age-friendly. The Charter identifies six wide-ranging themes that reinforce the rights of older people (for example, the right to information, to be treated with dignity and respect, and to choice and control) (8). It was adopted by Manchester City Council and is used to secure pledges from businesses, organisations and individuals across the city.

Manchester has conducted a variety of initiatives at the neighbourhood-level, including the Take a Seat campaign, a low-cost initiative aiming to raise awareness about how older people may struggle to get out and about because there is not enough seating available in shops and other public spaces. By applying a We are Age Friendly sticker in their window, participating shops can let older people know they will be made welcome and offered a chair if they need to rest. The project, which was inspired by a similar initiative conducted in New York, was initially set in motion by Southway Housing Trust, a charitable housing association from Manchester, in the south of Manchester and is now being rolled out across the Greater Manchester region.

The North City Nomads is a non-profit community organisation offering coach day trips to older people living in the north of Manchester, with the aim of reducing loneliness and social isolation among older people. The past two years has seen its membership grow to more than 800. Initially established with the support of Age-Friendly Manchester, the project is, since 2017, led by an elected committee who now plans and runs the day trips. The Greater Manchester Ageing Hub launched in 2017, with the participation of Age-Friendly Manchester. This regional platform brings together a variety of partners with the aim of coordinating a strategic response to the opportunities and challenges of an ageing population at the Greater Manchester level (9). It organises programmes of activity around a variety of themes, including economy and work; age-friendly places; healthy ageing; housing, planning and transport; culture and learning; technology and innovation; and communications (9).

The Future of Manchester’s Age-friendly Programme

The key focus over the next three years will be to deliver the strategic priorities of the refreshed 2017-2021 plan (1). In order to measure the progress and impact of its work, the Age-Friendly Manchester team is currently developing a set of statistical indicators in collaboration with the Centre for Ageing Better, an independent UK charitable foundation. Programme managers also plan to inform the development of their programme by both using existing data and collating new information about older people living and working in the city. The Age-Friendly Manchester team intends to collaborate with colleagues working on the city’s Joint Strategic Needs Assessment and contribute to the gathering of new data on the health and wellbeing of older people.

Manchester’s age-friendly programme does not comprise a specific intergenerational dimension. However, the programme has a history of running a range of intergenerational projects and is currently in the process of developing an intergenerational manifesto to promote greater understanding across generations. Local representatives also believe in the importance of working at the neighbourhood-level and would like to develop an effective, funded model of an Age-Friendly neighbourhood.

Acknowledgments: This case study was written in partnership with a team from the University of Manchester led by Tine Buffel and consisting of Tine Buffel, Natalie Cotterell, Chris Phillipson, and Samuèle Rémillard-Boilard; in collaboration with Sophie Black and Dave Thorley of Manchester.