In 2011 Akita was one of the first cities in Japan to join the WHO Global Network for Age-friendly Cities and Communities (GNAFCC). Most of Akita’s age-friendly policies are guided by an approach focused on building the community and strengthening the social fabric of the city (1). One of the main aims of the age-friendly programme has been to create a society where older individuals are no longer perceived as people who need support but as people who support society. The programme recognises that older people want to use their experience, knowledge, and skills to be more active citizens.

Akita City’s three key priorities for its age-friendly programme have been (2):

● to involve the residents of Akita City in a leading role;
● to ensure co-operation between private enterprises, administrative organisations and citizens;
● to encourage cooperation between all the relevant departments in the City Government.

One of the main factors in the success of the programme is the collaboration between the different parties (private enterprises, and administrative organisations and citizens) and recognition of the importance of each party being able to prioritise its own initiatives.

Akita City is the capital of Akita Prefecture, located in the north-eastern part of Japan. In June 2018 its population was 310,407 people (2). Japan remains an ethnically homogeneous country and the number of foreign residents living in Akita City is currently around 1,222 (less than 0.5%), the majority of whom are from China, South Korea, and the Philippines (2).

Low birth rates and the migration of younger people to larger cities in pursuit of education and employment lie behind these demographic trends (3). The smaller workforce is expected to impact adversely on the city’s future economic output and tax revenues, putting pressure on the financial resources available for the maintenance and management of the Akita’s infrastructure, including public facilities, roads, water supplies, and sewerage. At the same time, due to the increase in the older population there will be a need for more nursing and care facilities, plus a greater demand for care services provided in older people’s own homes.

A smaller population also has wider societal impacts. The number of large retailers in the city area has declined and the number of vacant houses has increased. As a result, the potential for worsening neighbourhood security increases and the city authorities may therefore need to consider how to utilise such spaces, for example, as social hubs where members of the community can gather and socialise.

The Akita City government has introduced several new projects that encourage and motivate older people to go out and socially engage in their communities. Examples include a one-coin bus service whereby older people are able to ride a bus at an affordable price, making it cheaper for them to travel around the area. This service began in 2011 by targeting people aged 70 and over and the age threshold was subsequently reduced to 65 in 2017, with the result that more than 62% of older residents that year held a one-coin certificate. Discounts and free drinks are offered by stores and bathhouses to anyone showing a certificate (1). Additional activities include systems supporting older people to volunteer and a senior film festival. 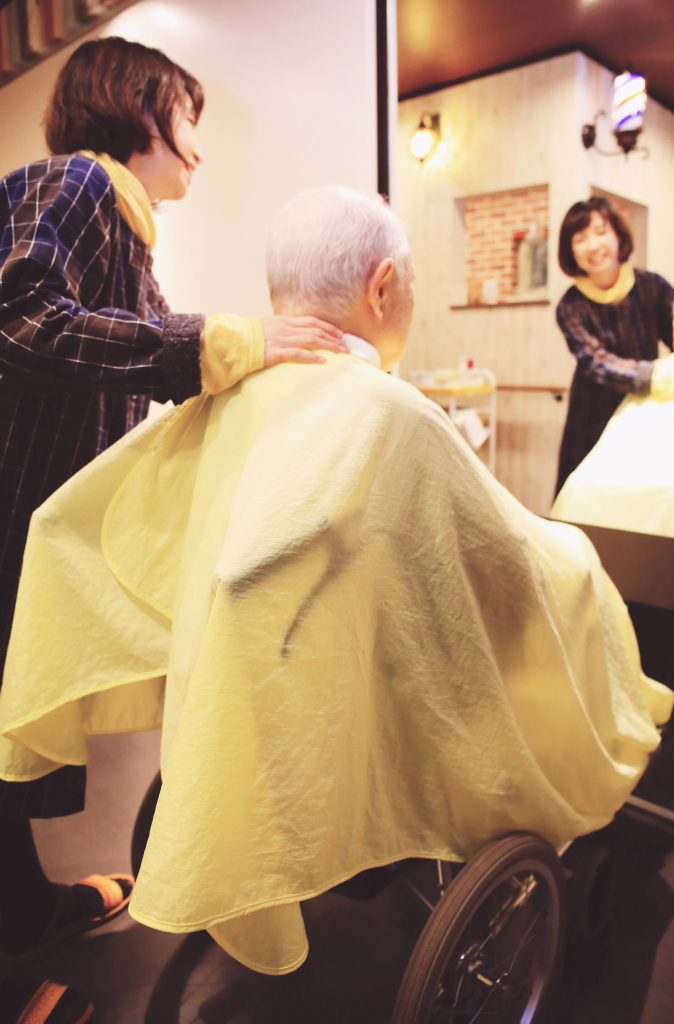 As of July 2018, some 88 private organisations had registered as Age-Friendly Partners and are involved in making Akita City a better place to grow older for all people. Public-private collaborations between these Partners and government bodies have included installing more public benches, promoting the employment of older people, and putting automated external defibrillators in offices and neighbourhoods. A local financial institution has set up an Akita Platinum Town Study Group that brings together private enterprises, universities, research institutes, and administrative organisations to tackle issues such as population decline, declining birth rates, and the rapid ageing of the population. 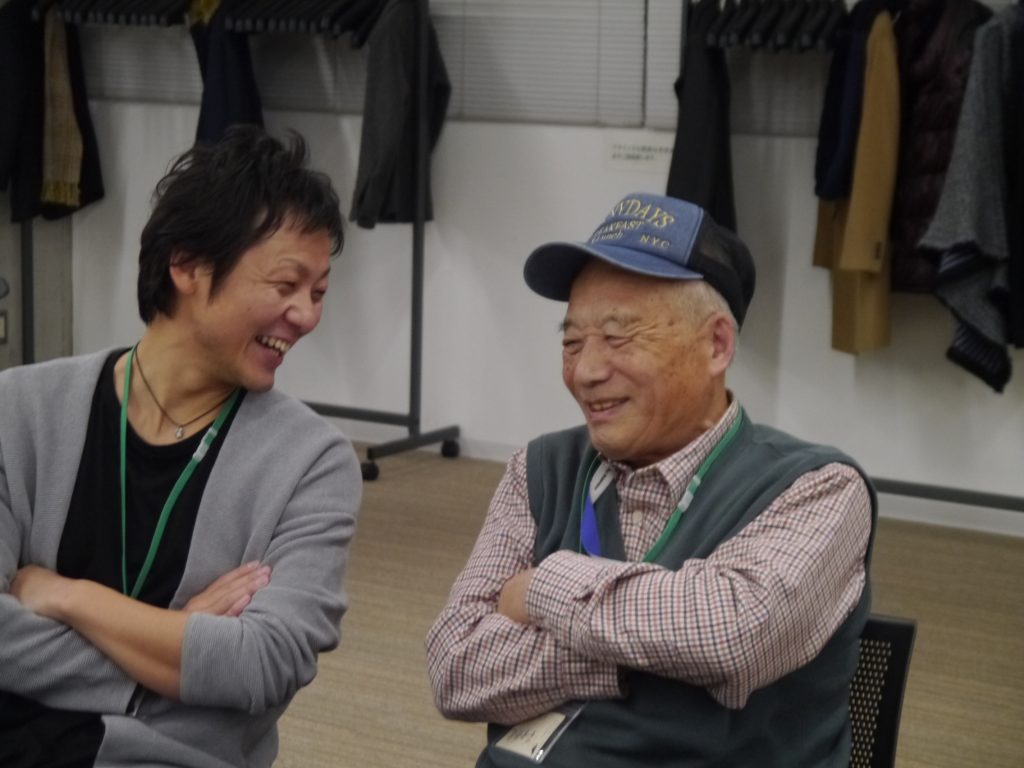 © Akita City, Japan - The members of "The Club of Friendship Between the Generations in Akita"
work with various ideas to live long, fun, and freely in familiar areas.

An intergenerational group of citizens has also formed The Club of Friendship Between Generations in Akita. The group ranges from people in their 20s to people in their 80s. It aims to encourage friendships between generations, enhancing social networks within Akita City. Through these activities, intergenerational exchanges are further promoted, helping older people to continue to be viewed as valuable and knowledgeable individuals. The group has created openly available community spaces where local residents can meet up and participate in activities. 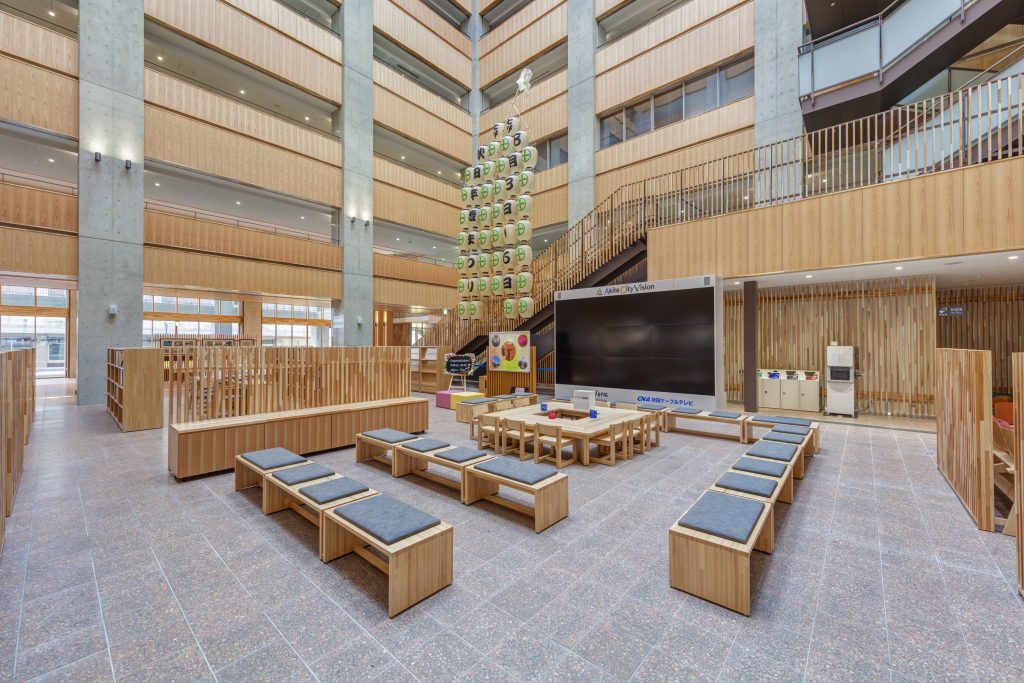 The construction of the multi-generational city hall took place in 2016 and is now accessible to all and functions as an administrative base. It has a disaster prevention centre, and also serves as a base for community activities where citizens can gather and socialise. The building supports all citizens, including older adults, and includes a concierge service at reception, wheelchairs, walking aids available in the lobby, and stick holders installed in the chairs in the waiting areas. Furthermore, the wheelchair paths are heated to avoid any slippages when there is snow or ice – more than 60 roads are also heated in the city for this reason.

Cities such as Akita are tackling the issues that arise when a population ages faster than ever previously experienced. Age-friendly Akita believes it is important to remain positive, persistent, and to persevere despite the challenges that arise. Learning from failures and successes in other sectors and programmes is seen as essential for the future development of age-friendly cities and communities on a global scale (2).

Akita City’s three key priorities for its age-friendly programme have been (2):

● to promote healthy ageing and longevity, seeing the so-called 100-year-life as a positive opportunity;
● to promote ageing in place by establishing an integrated community care system within Akita where older people can live
independently in their neighbourhoods for as long as they wish;
● to create a social and living environment that enables older people to contribute to society.

A future challenge is to rebuild, reconnect, and revitalise local communities to promote social engagement and participation. This includes the need to create more social and employment opportunities for older people within the city. The age-friendly work in Akita City has also raised awareness of the importance of maintaining social connections throughout one’s life-course. Younger people, aged between 30 and 50, have realised how important it is to maintain social connections, as well as a connection to their community. Through this process, younger people also recognize the need to remain active and participate in civic activities as they age.

Acknowledgments: This case study was written in partnership with a team from the University of Manchester led by Tine Buffel and consisting of Tine Buffel, Natalie Cotterell, Chris Phillipson, and Samuèle Rémillard-Boilard, in collaboration with Ken Sasaki of Akita City.