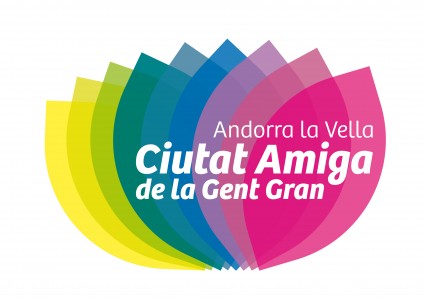 Andorra la Vella began its journey as Age-friendly City in March 2013. Nevertheless, the needs and improvement in the life quality of the population –and especially our elderly people– has been one of the priorities in our public policies.

Our determination to join in this project came from the Social Department, with the willingness and hope to offer a transversal project for –and with– our citizens, focused on the following main goals:

All the municipal departments are involved in this project.We shall highlight the special coordination with the different departments such as Social Policies, Public Participation, Urban Development and Public Services, Traffic and Citizen Services, Economic Development, Sports and Human Resources.

The response of our neighbours has been extremely positive. We are currently collaborating with all the local NGOs that work with our elder citizens. We work together with the Andorran Ministry of Health and Welfare, the rest of governmental offices and also with companies and individuals.

The Advisory Committee, under the presidency of the Mayor of Andorra la Vella has, among its members, representatives of social and health services, a gerontologist, two elderly people, a responsible for the several municipal offices involved, a delegate of the municipal minority and also a local media representative.

We would like to underline our collaboration with the Centre de Recerca Sociològica (Centre for Sociological Research), a public institution in charge of the assessment. In March 2014 we’ll conduct focus groups with our elder citizens and civil servants involved in the project.