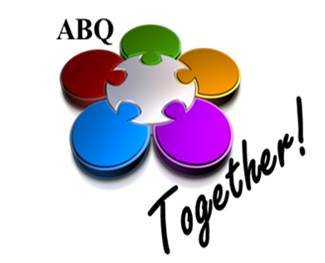 The City of Albuquerque is one of the few municipalities that have a department dedicated to Senior Affairs. The six senior centers are available to those in Albuquerque who are 50 years and older. Seniors who wish to participate in a wide array of activities from Arts & Crafts to Zumba can do so for an affordable cost. Annual membership to both the senior and multigenerational centers is only $15. There are two multigenerational centers that offer activities directed for seniors and youth. The multigenerational centers also offer a great amount of opportunities for intergenerational activities. Albuquerque plans to increase the amount of intergenerational opportunities that are offered to the public. The DSA and AARP hosted an initial Town Hall Meeting at the North Domingo Baca Multigenerational Center focusing on an age-friendly initiative; a conversation occurred that incorporated the views of the youth and seniors (approximately 80 people attended the event). Since then, a pilot project that targets five specific neighborhoods has been initiated. Town Halls for intergenerational constituents, elected officials, and community leaders have resulted in community education and input to create the initial steps of a city-wide age-friendly plan. In addition to offering programs and services that are targeted to the active senior, the department also offers programs and services to those who are homebound.

The City of Albuquerque has been committed to being an age-friendly city for several decades. The Hospitality House was opened in 1961 with a goal of providing recreational opportunities to seniors. In 1974, the city opened its first senior center, Palo Duro. The Manzano Mesa Multigenerational Center was opened in 2002 as the first multigenerational facility. Recently, the DSA completed a feasibility study to build its third multigenerational center. The city continues to address issues that are highlighted in the eight domains of livability. For example, the city is currently in the process of developing the Central Avenue Albuquerque Rapid Transit (ART) Project. ART is a Bus Rapid Transit plan for the Central Avenue Corridor from Coors to Louisiana. This transportation project will provide service from Unser to Tramway and Uptown, which will connect east to west and provide infrastructure to enhance neighborhoods. Also, the City of Albuquerque Planning Department is in the process of developing a Comprehensive Plan Update and New Development Ordinance. The ABC-Z (Albuquerque Bernalillo County Zoning) Project is a two-year initiative to update the Albuquerque/Bernalillo County Comprehensive Plan and create an Integrated Development Ordinance. The project will simplify the zoning and subdivision regulations in order to improve opportunities for economic development, create jobs, protect established neighborhoods, streamline the development review/approval process and promote more sustainable development. Albuquerque is excited to be working on many issues that are highlighted in the eight domains of livability and is involved in several plans similar to these that demonstrate that our community continues to incorporate initiatives that are age-friendly.