Activity of the Opole Senior Council of the Second Term – 2017

Aiming to fulfil objectives of the agenda ”Improvement of living conditions of the senior citizens in Opole,”  the Senior Council took steps to obtain WHO certificate “Age-friendly City.”

We held special meetings to present clues of the certificate to the City President (Arkadiusz Wiśniewski) and City Council Chairman (Marcin Ociepa). As a result, local authorities accepted this idea. We wrote an official letter to individual Hall departments that specialize in particular issues of the city life – infrastructure facilities, health, social policy, and housing as well as non-governmental organizations interested in solving senior problems.

Our letter clarified the reasons for seeking to acquire the certificate and asked for a precise descriptions of the steps in this field to have been taken so far as well as a road map for the forthcoming events in the next 3 years.

Our activities are based on the cooperation with the Department of Health and Social Policy as well as Information and Educational Centre “Senior in Opole.”

The goal was to involve a wide range of officials in our programme so as to get acquainted with the primary targets and encourage them to participate actively in the project. The idea was to not only meet the criteria of getting the certificate but also improve the citizens living conditions.

All the data received in paper have been developed accordingly by the employees of Department of Health and Social Policy as well as Information and Educational Centre and resulted in the declaration of intent draft version.

Senior Council became the prime mover of the new Opole policy towards our elderly citizens.

The City President established a think tank whose projects we actively participated in.

It was also our initiative to start special “Opole Senior” card that was implemented in the first quarter of 2017.

We also succeeded in creating a city senior centre to have been opened 23 January 2017 and officially named “Information and Educational Centre ‘Senior in Opole’.” The location is 7a Nysy Łużyckiej Street. It is a unique venue that we worked towards as early as in our first term and now is a place of duties for Senior Council.

Quite quickly its capacity proved not enough to meet the requirements of all the activities and  Senior Council itself. Hence, we have carried out our proceedings in City Hall’s chambers since a new lift was installed.

We also kept on updating our agenda which resulted in holding another theme workshops held on voluntary basis by Iwona Niedojadło 8 February 2017.

Assumptions of our new revised strategy were published in electronic version and proliferated amongst Senior Council members.

All along the year we participated in the city life in an active way. We celebrated 800–years city  anniversary preparing XIX Seniors Days. They started with a ceremonial street parade of seniors following  remains of the former city walls. The procession was led by Maria Białek dressed in a historical costume.

Senior Council funded a special photo-box to become a highlight of the Senior Days grand opening. Another prize was a trackless train excursion around the city centre as well as a river cruise along  banks of the Odra River – “On and off the Land.”

We were also involved in preparing ceremonial Easter meal by the City Hall facility. There we were the only ones to have made Easter Palm from recycled materials.

Once again we submitted our previous projects to obtain a refund from the special Citizen Budget, yet this time our idea of setting up theme benches for seniors was approved for implementation due to a higher number of votes.

Our members were also engaged in meetings of the National Association of  Senior Councils in Kraków.

We co-organized and co-financed Saint Andrew’s Day for seniors. Due to extraordinary merit in the local organizations two of our members – Teresa Sokołowska and Halina Łubniewska – were nominated for the regional Jan Całka Award “Community Leader of the Year.”

Since September 2017 our programme “Senior Speaking” held training sessions especially tailored to the needs of the elderly from the entire region with the special participation of Opole Senior Council members.

Consequently, we founded a new organ of 36 members – Senior Forum of Local Authorities of Opole Region affiliated with Voivodeship Marshal Office. It featured seniors from all over the region and was chaired by Leokadia Kubalańca who also serves the office of Senior Council leader. 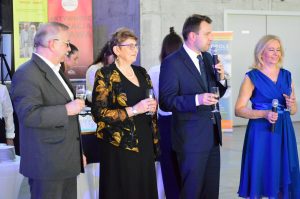 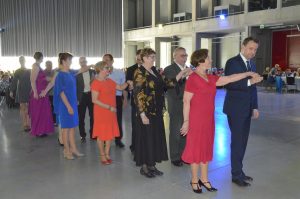 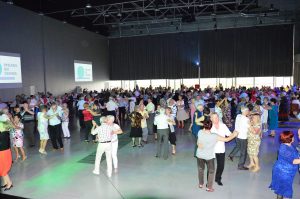 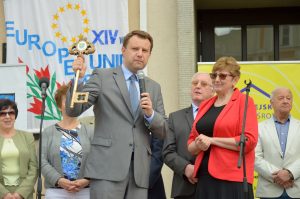 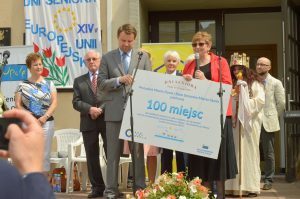 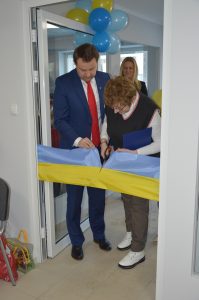 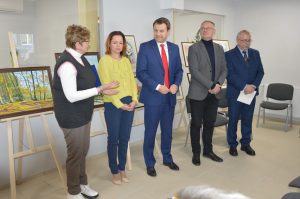 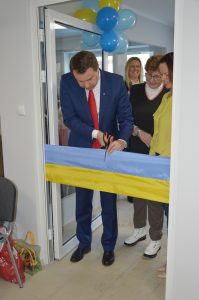 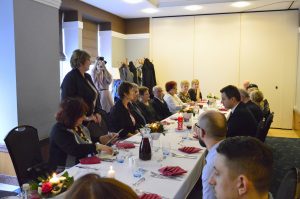 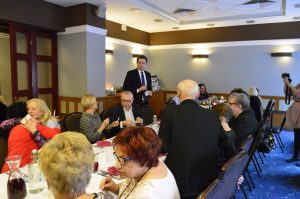 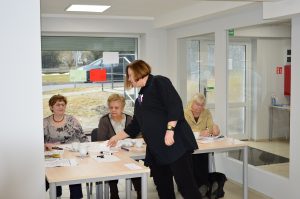 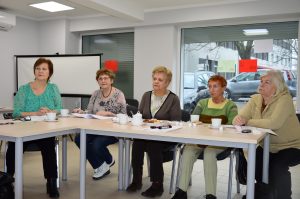 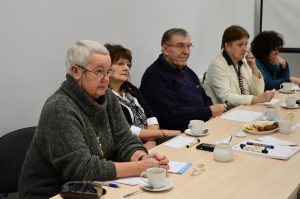