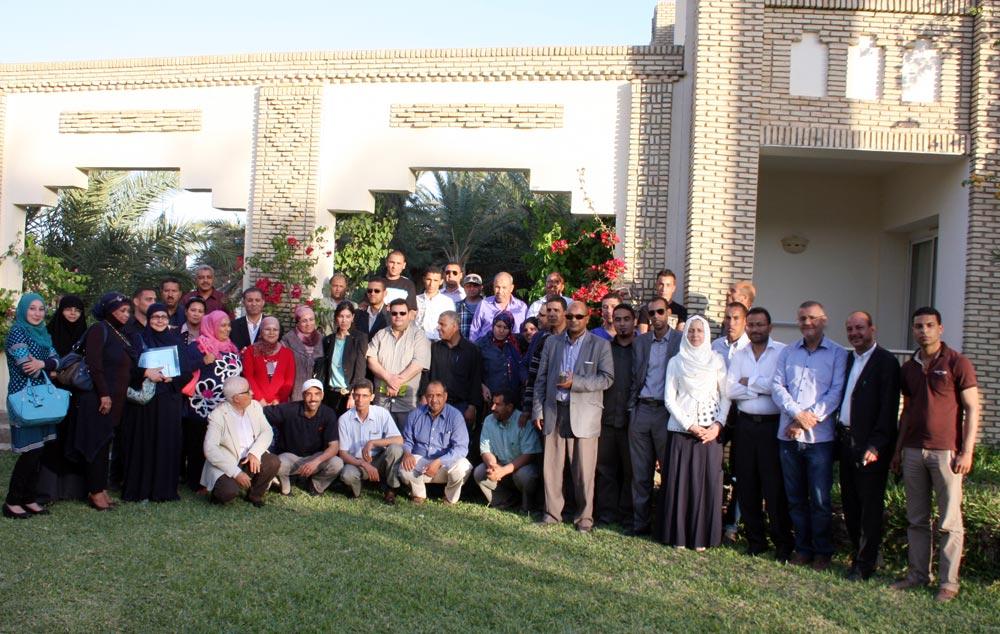 Tunisia has organised a series of engaging meetings between government representatives, civil society organisations and citizens eager to discuss and make decisions about the national health policy.

Finding common ground on health policy issues and ways to make progress will result in a stronger national health system, in line with the aspirations of its citizens. It will substantially improve the health of Tunisian citizens.

Communities are empowered, citizens take action and responsibility for health decisions, and the national health policy and plan is responsive to citizens' needs.

The Tunisian Ministry of Health, with support from WHO's Universal Health Coverage Partnership, have organised two phases of the Societal Dialogue for health system reform. This includes an extensive series of debates and inter-regional meetings.

During the inter-regional meetings one can feel how the atmosphere has changed thanks to the Societal Dialogue. Meetings like this would never have been possible before the revolution. Now, the room is buzzing, participants are committed and eager to find common ways to spur the progress.

All participants are willing to own the new National Health Policy for 2030 and its implementation will be a success.

After the Jasmine Revolution in 2011, Tunisia’s citizens and civil society had new opportunities to take part in the political decision-making processes of its Government.

One occasion was the Societal Dialogue for Health System Reform, a large-scale consultation process between the Government and its citizens on a variety of health topics.

WHO, through the Universal Health Coverage Partnership, supported both phases of the Societal Dialogue. In Phase 1, civil society and citizens contributed to constructive, but also heated, debates about how to reform the health system to ensure that all Tunisians had the right and access to quality, affordable health care.

The phase ended on a high note in 2014 in Tunis with the conclusion of the National Health Conference and the adoption of the Tunisian White Paper for the Health Sector: ‘White Book for Better Heath in Tunisia’. This set out to align the Tunisian health system in line with the aspirations of its citizens. After a gap in activity, Phase 2 of the Societal Dialogue began in July 2017; the delay was due to political and administrative changes in the Tunisian government.

However, civil society pressure and the reorganization of the country’s political outlook meant that the dialogue continued undeterred and reinvigorated. The Phase 2 objective is to translate the recommendations of the White book into Tunisia’s first-ever participatory National Health Policy for 2030. The process is currently active and civil society and citizen juries are just as active and pivotal as before. Their tireless involvement is true testimony to the power of participatory governance, which can be harnessed for common objectives such as health sector reform.

"The power of inclusive and participatory processes such as the Societal Dialogue for Health must not be underestimated. On the contrary, it must be further encouraged. It shows that a more participatory, equitable and evidence-informed decision-making process can lead to strong policy options supported by and beneficial to all. The final outcome, a National Health Policy for Tunisia, should substantially improve the health status and the wellbeing of Tunisian citizens," said Dr Yves Souteyrand, WHO Representative of Tunisia 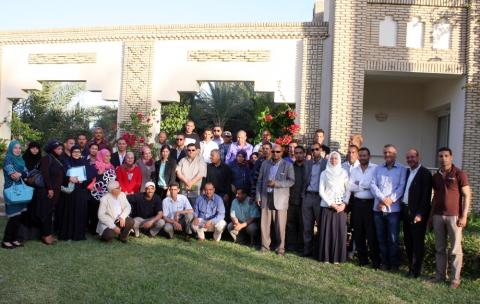 Participants at a Societal Dialogue.
Photo: WHO.

A key part of Phase 2 is the Societal Dialogue through Inter-Regional Meeting Series. These meetings bring together Government representatives, citizen jury participants and other civil society representatives to discuss policy options for the National Health Policy.

Between July and September 2018, four inter-regional meetings took place. One of these was a gathering of 130 people in Monastir, including non-governmental organizations, journalists, health professionals, parliamentarians and citizen jury participants to focus on potential reforms in health financing. In the spirit of the Societal Dialogue, they collectively assessed the existing health financing system and reflected on ways to make it more equitable and efficient in the future.

The positive, peaceful and productive process of the Societal Dialogue demonstrates that it is a critical tool in the development of the new National Health Policy, which is the first post-revolution.

The process is popular and successful. In Phase 2, 24 regional meetings took place between July 2017 and March 2019. All the meetings enabled collective discussion of key aspects of the draft National Health Policy through a true dialogue process among government, citizens and civil society organisations. A National Health Policy and the successful completion of Phase 2 will cement an important step for advancing health for all in Tunisia.