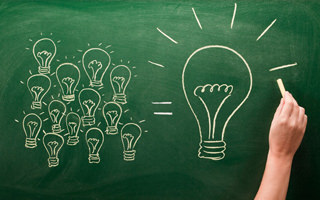 A rapid review of major scientific databases, including MEDLINE, EMBASE™ and the Cochrane Library, were searched for relevant studies from January 1 2000 to September 1 2017, and supplemented with targeted searches using Google and Google Scholar. A review of existing horizon scanning systems was performed to examine prioritisation criteria and processes that have been used to prioritise emerging health technologies. The compiled criteria were applied to a publicly available compilation of health technologies developed by the Canadian Agency for Drugs and Technologies in Health (CADTH) in order to perform an identification exercise. The compilation contains 66 emerging health technologies identified in late-2016 and the first six months of 2017. All technologies identified by CADTH were reviewed in order to filter those relevant for the target population. As a result, 25 technologies were included in the prioritization exercise. Finally, these 25 technologies were examined against criteria designed for the population of older adults.

The prioritisation criteria were grouped into eight areas: need, clinical benefit, cost, evidence base, equity and equality, personal wellbeing, patient autonomy and culture. The identification exercise resulted in six health technologies that have the potential to improve health and quality of life of target population.

The criteria reflect the needs of the population of older adults who experience decline in their physical and intrinsic capacity, and present factors that have the potential to influence further acceptance and adoption of new technologies. The developed criteria can be applied on various information sources that collect data on emerging technologies, both in developed and developing countries. The findings of this report can be used to inform the future prioritisation process for the target population. Further research is necessary to define key public health problems of the population of older adults with the most urgent need for innovation in order to refine the existing criteria and formalise the prioritisation process.